The History of the Submarine Sandwich, AKA, the Sub 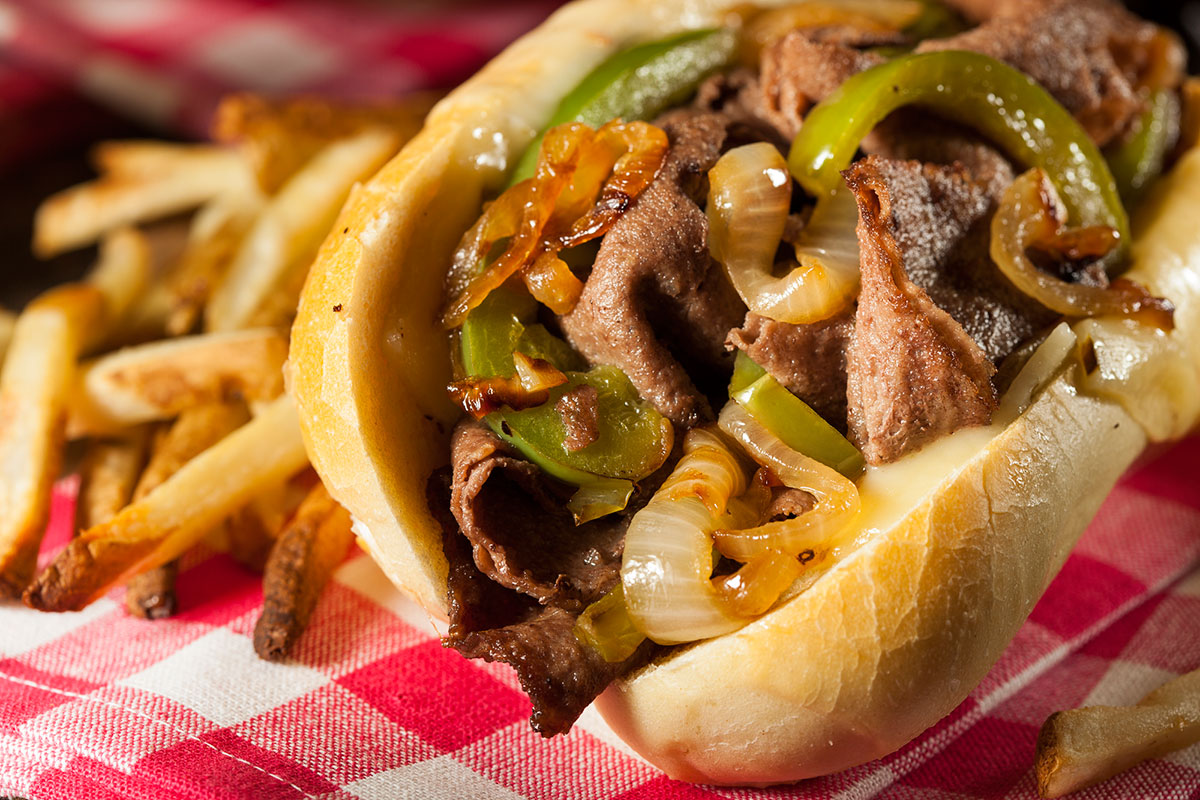 The submarine sandwich, or the sub sandwich, has been around for many years being the staple of many sandwich shops. Places like Subway (which has sub in the name) and Tony Lukes are known for their sub sandwiches.

Though, sub sandwiches have nothing to do with the big metal machines that take people down into the depths of the ocean. Why are submarine sandwiches called that way and what is their history?

The Origin of the Submarine Sandwich

First, a sub sandwich is any kind of sandwich that is made on long and cylindrical sandwich bread. “Sub buns” as they are sometimes called, are used to create these tasty sandwiches instead of normal slices of bread or rolls.

It isn’t completely known when and where the sandwich first originated from, but many guess it came from an Italian immigrant who in the early 1900s, named the sub sandwich after seeing a recovered submarine in the Patterson Museum.

For a while, people thought the term submarine sandwich came about during the second world war, but advertisements for the sub sandwich were spread about before the war started. It’s still possible that the sandwich gained popularity during the war.

What Are the Other Terms for A Submarine Sandwich?

The hoagie originated in Philadelphia around 1953. In times of war, getting food to eat was difficult. A special shipment of meats and bread arrived at the location Hog Island, where people put together these meats and deli buns to produce the first hoagie.

The name hoagie has gone through many changes across many communities. It was first called the Hog Island sandwich, but over time, it was shorted and over many different pronunciations, the name hoagie was settled on. Many different communities got ahold of the hoagie sub sandwich, each of them calling it something slightly different. It took many years for the pronunciation and spelling of hoagie to officially be settled upon.

Hoagies became huge in Philadelphia until they were known as “the sandwich” of the state. Hoagies now come in many different variations, one of these being the Philly Cheesesteak. In fact, the Philly Cheesesteak hoagie is one of the most popular kinds of hoagies that are available to buy. This hoagie wasn’t created until a bit later, but it grew in popularity just as fast as the original hoagie did.

As different variations of this sandwich became popular, different businesses rose to sell these sandwiches to the general public. Sandwich shops such as Tony Lukes got their start in Philadelphia and were able to provide the community with more cheesesteak hoagies along with other kinds as well. Tony Lukes first originated as a local sub shop that sold various kinds of subs along with cheesesteaks. As the subs grew in popularity, so did the shop. From there, Tony Lukes has risen in popularity to the restaurant chain as we know it today.

In New York, the hero sub got popular since its creation in 1937. For a while, the hero remained closely tied to the Italian sandwich as they kept the same flavor profile. Today, you will often find New York sandwich shops to be selling meatball heros, which is the meatball sub as we know it today.

The grinder has its roots in the New England area due to its name being from New England. This sandwich then has origins in New York and the Philadelphia area. The name “grinder” has meant “hot sandwich.” A grinder is a sub that has a filling that has been heated up and served warm. Examples of this include meatball grinders or sausage grinders.

Instead of being an official sub, the grinder usually just describes the temperature that the insides of the sandwich are.

This sub sandwich got its start in the Boston area. It comes from the word spuccadella, an Italian dialect word that means long roll. Simply, this sandwich is Italian meats placed in a long roll that has been horizontally cut.

Today, you can still find some spukie sandwiches in some Boston bakeries and deli shops. However, the popularity of this sandwich never grew to be as big as the Italian sub or the hoagie.

While we have also discussed a select few of these sub sandwich names, there have been 13 identified names for sub sandwiches. Not all of these variations have grown to have the same popularity as the hoagie, but you can still find most of them being sold in shops across the eastern side of the United States up into Canada.

Go and Enjoy a Sub Today!

Now that you know where the submarine sandwich comes from, you also know about all the different variations that you can buy and enjoy. Whether you want a meatball hero or a Philly cheesesteak hoagie, you can find a place near you that serves the sub sandwich that will fill you up and make you happy.

Find a sub sandwich shop near you such as Subway, Tony Lukes, or a local restaurant so you can enjoy your next meal being a submarine sandwich.

These sandwiches have been an American staple for a very long time. When you are facing low-income housing areas or are in the face of war, you need a meal that is simple to eat and not expensive to make. Keep the tradition of sandwiches going by ordering yourself one today.